Martin Stone - A Friend I Knew But Never Saw

It’s been a rough year in too many ways.  In the world of popular music, household names have been dropping like ninepins, bookended by Messrs Bowie and Cohen.  At round about the time the latter left the planet, Martin Stone succumbed to cancer and made his own quiet exit.  I only picked up this event a few days ago.  Even amidst the buzz and chatter of online news there isn’t much to be read about it.  Wikipedia still has him in the present tense.

Whatever his other talents may have been, Martin Stone excelled in two fields.  He was a superb guitar player, a contemporary to and – to me and many others – an equal of Clapton, Beck and Page.  Then at some point in the 1970s he turned his back on rock’n’roll to become a book dealer.  Or perhaps to be more precise a ‘freelance book scout’.  In that arcane field he earned an extraordinary reputation also – celebrated by litterateurs such as Iain Sinclair and John Baxter.  It is said that he had an ability, that some found near uncanny, to locate rare first editions of often extraordinary works.  Google his name and you’ll find this legend embellished by a good many folk who’ve had dealings with rare books.

But it’s for the former artistry I shall chiefly treasure Martin Stone.  I first heard him play guitar on the debut album by the band Mighty Baby, with its vivid Martin Sharp sleeve design.  At that stage the band combined a hard rock sound, influenced – I would think – both by Cream and West Coast American psychedelic music, with unusually philosophical lyrics that seemed to indicate a deep and serious search for meaning in life.  Some of the titles give you the flavour: ‘A Friend You Know But Never See’ or ‘House Without Windows’.  They played around with allegory and paradox. I know a lot more about the band now than I did then, and amongst the facts I’ve read that Stone himself was the lyricist.  In part, I’m sure, directed by extensive experience with LSD, he’d become immersed in the writing of G.I. Gurdgieff, an influential early 20th-century mystic, philosopher, spiritual teacher, and composer.  This led Stone, and subsequently all bar one of the band to Sufism and, as he put it, ‘we all turned muslim’. 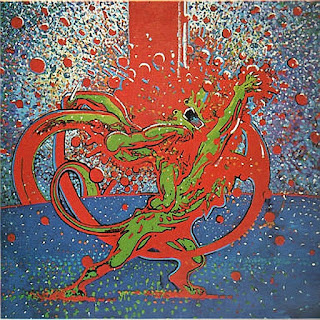 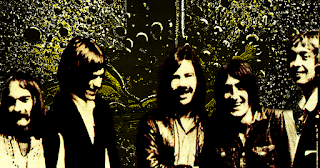 The influence of Sufism was deeply entrenched in the band’s second album ‘A Jug of Love’, with the musicians – increasingly bearded and dressed in ethnic togs – posing on Arabic rugs on the front cover and a quote from Jalāl ad-Dīn Rūmī on the back.  It was the first Mighty Baby album I owned and after a few plays I fell in love with it and have remained so ever since.  It’s a mellower listen than the first album, new influences such as The Band filtering into the mix, but explores and lingers amongst a variety of sonic textures.  That said, it’s not without its flaws as various band members themselves have admitted.  The vocals have charm but are not what you’d call powerful, the songs tend to ramble a bit and mostly lack much in the way of hooks.  It’s the atmosphere it generates that sucks you in, that and the constantly inventive ripple of Stone’s ever-fluid guitar work, weaving in and around the music.

Not long after that album’s release, Mighty Baby disbanded, and apart from a reunion gig or two around 2005/6 (recordings of which I’d love to hear), have not played together since.  Stone, with old friend Phil ‘Snakefinger’ Lithman, then found his way into country rock and western swing band Chilli Willi and the Red Hot Peppers – who were stalwarts of the mid 70s ‘pub rock’ scene.  Actually, the Willis played quite a variety of styles, including some hard grinding blues tunes.  This, I found out as I researched Stone’s pre Mighty Baby career, was very much at the roots of his style.  He’d been a member of the Savoy Brown Blues Band, playing on their first album, and had had his own band, Stone’s Masonry, who played in a similar vein.  He’d also been a session musician on recordings by visiting black bluesman Walter ‘Shakey’ Horton.  Such was his reputation in the blues field that he was on the list of Alexis Korner’s recommendations for a guitarist to replace Brian Jones in the Rolling Stones.

The full band Willis can be heard on the very fine ‘Bongos Over Balham’ album and live on the Zigzag Magazine 5th Anniversary Concert box set (available by mail order from RGF records).  Stone’s guitar is less prominent in the mix, but now and again he steps forward and shines brightly.  They were managed by Jake Riviera, who went on to be a founder of Stiff Records, and after the band called it a day, Stone became associated with that label.  For a while he joined anarcho-rockers the Pink Fairies (‘I was so pleased to don the black leather jacket and shades’), releasing a single on Stiff.  He also, I think, reformed Stone’s Masonry for a track on a Stiff sampler.  And then played with Joe Strummer in the 101ers towards the end of their run.  Thereafter, he disappeared off my radar for a good many years.

It was only when I was re-introduced to the work of Iain Sinclair, whose poetry I had encountered in the mid 70s, and read ‘White Chappell – Scarlet Tracings’, that I discovered Stone’s subsequent career (if that’s the appropriate word) as a book scout had commenced.  The book begins with a graphic description of Stone (as ‘Nicholas Lane’) vomiting copiously in a state of extreme bad health.  I doubted then that he had long to live, but survive he did to reappear in subsequent Sinclair books.  Sinclair even has him, in ‘Landor’s Tower’ playing a gig in a waterfront bar in Port Talbot to an audience including several local gangsters.  If that account is true, I wish I’d been there, as I lived nearby at the time.  Stone as a books man also featured in Sinclair and Chris Petit’s ‘The Cardinal and the Corpse’ film and added some fine rootsy acoustic guitar picking to the soundtrack.

He’d relocated to Paris around that time and had been drawn back into making music, playing in a band with Wreckless Eric (another émigré) and forming a couple of bands of his own – Almost Presley and the Tallahassie Rent Boys.  Best of all, from my point of view, he recorded again – as Les Homewreckers, with French colleague Laurence Bama and with older friends appearing on some of the tracks.  It’s a long way from Mighty Baby, that album, taking its cue I think from ‘Beggars Banquet’ era Rolling Stones and maybe Iggy Pop and James Williamson’s ‘Kill City’.  The songs – all written by Stone apart from a tidy cover of Donovan’s ‘Hey Gyp’ – no longer feature enigmatic aphorisms but tend to be downbeat reflections on matters of the heart.  But the guitar fills and solos are as immaculate as ever.  It’s a bit of a rarity now but can still be tracked down on Casino Music.

I know from Googling that, thereafter, Stone occasionally played gigs in London with surviving colleagues from various points in his career and presumably continued to play live in France, but I largely lost track of him again until hearing of his demise.  As mentioned, there’s not much in the way of news about it – though I trust Mojo and Uncut will be giving him obits in their upcoming issues.  There’s a couple of online obits that are worth reading on:

https://greatwen.com/2016/11/10/rip-martin-stone-guitarist-bookseller-hustler/
with some heartfelt comments by those who knew him as to his personal charm, wit and generosity.  Myself, I’m writing as a fan, so from a greater distance than those people, but the love is shared. 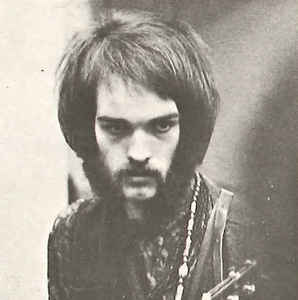 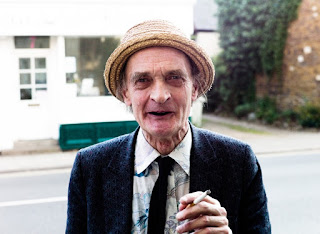 Thanks for your order with CD Baby!

PLEASE NOTE: For domestic parcels: Your tracking number, whether UPS or USPS, can be tracked through UPS.com. Your package will have tracking information within 24-48 hours.

(1) David Nelson Band: Once in a Blue Moon

Your CD has been gently taken from our CD Baby shelves with sterilized contamination-free gloves and placed onto a satin pillow.

A team of 50 employees inspected your CD and polished it to make sure it was in the best possible condition before mailing. Our world-renowned packing specialist lit a local artisan candle and a hush fell over the crowd as he put your CD into the finest gold-lined box that money can buy.

We all had a wonderful celebration afterwards and the whole party marched down the street to the post office where the entire town of Portland waved "Bon Voyage!" to your package, on its way to you, in our private CD Baby jet on this day, December 9, 2014.

We hope you had a wonderful time shopping at CD Baby. In commemoration, we have placed your picture on our wall as "Customer of the Year." We're all exhausted but can't wait for you to come back to CDBABY.COM!!

Sigh...
We miss you already. We'll be right here at http://cdbaby.com/, patiently awaiting your return.

Thank you for your message.

A second satin pillow will be placed beneath my front door letterbox to soften the landing of my CD upon its arrival.  The package will then be reverentially lifted and placed on a sheet of purple velvet, surrounded by scented candles and gently burning incense, on my dining room table.

I have notified my neighbours of its impending arrival and they will be summoned to gather therein and witness the opening of the package, which will be accomplished by the deft use of my finest gold-plated scissors.

We will then pass on a group message of solidarity and gratitude to the people of Portland, which will be carried across the Atlantic and most of the American continent by a relay team of carrier pigeons (though, for health and safety reasons, I would suggest that no one holds their breath whilst awaiting this).

I and my neighbours will don white cotton gloves, and pass the CD with absolute care from hand to hand so that each of us, in our own way and according to our religious beliefs, can worship and adore this sublime artifact prior to its placement on the newly cleaned CD tray of my state of the art stereophonic system, perfectly confident that - such is the care with which CD Baby employees have inspected, polished and packaged it - the CD will play from beginning to end, without skips or distortion of any kind.

We will boogie long into the night and finally retire to our beds, each of us culturally enriched and grateful for the cordial entente that exists between the peoples of the UK and the USA.

Best bit of mail order correspondence I ever had.  Eat your heart out Amazon! 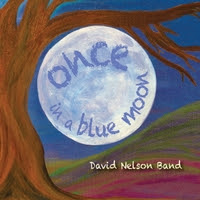 great album, too, by the way
Posted by Wilful Misunderstandings at 5:31 AM No comments: