In my blog of November 27th last year I ran a couple of pieces resulting from an attempt to play creatively with the concept of ‘fake news’.  Influenced by the work of poets such as Steve Spence, I was looking at what could be done by collaging ‘found text’ from various sources with or without insertions of words that occurred to me during the process.  I’d started by looking through a UK newspaper and mashing together headlines to maintain grammatical consistency whilst juxtaposing disconnected content (‘man accused in birthday suitcase struggle’, ‘sales figures play tricks 40 years on’).  I’d then attempted to similarly mash up the content of the articles from which I’d lifted parts of the headlines to create a spoof chunk of ‘news’.

In the first of these, ‘cost of living set to a hot samba rhythm’ I cut in content from Wikipedia and phrases or sentences that simply occurred to me in the process of putting it together, in the second, ‘college award is toast’, I took a more austere approach and simply collaged content from the articles on the page from which I’d lifted the headline words.

My purpose was to see what came out of this experimentation and whether it gave any bearing or perspective on the media and particularly around the concept of ‘fake news’ itself.  I’m not sure it led to any great revelations but was aware that the second piece in particular demonstrated how convincing the language of reportage can seem, even when it is broken apart and re-assembled into nonsense.  There was something about the tone that continued to make it feel like you were reading ‘news’.  This, in itself, I found instructive.

Since then, of course, we’ve had the man who has been coining the term for all it is worth over the past year announce his ‘Fake News Awards’ in which it appears that reports (not always actual news articles) were selected by the president and his team in which there were factual inaccuracies.  It has been subsequently pointed out that in each case, those inaccuracies were duly acknowledged by those responsible; apologies and corrections were issued once the errors came to light.  The whole thing was a further step in a crude strategy of obfuscation, an ongoing attempt to undermine trust in anyone who voices an opinion critical of the regime.  Whether this will work for them in the long run, I’ve no way of telling.

The difficulty around it all is that there are often good reasons to distrust the press and media coverage of ‘news’.  The very act of transforming information about events that occur in the world into ‘stories’ implies a series of manipulations.  What is selected, what is left out, and by what criteria?  Whatever their level of integrity, the purveyors of ‘news’ have to sell their product to us in order to make a living – so this becomes a factor in its presentation.  The level of complexity in human affairs is such that we may well be incapable of perceiving a true and accurate picture of what is going on, anyway.  It’s no wonder we prefer the distraction of trivia, and therefore that’s what a large proportion of our media contains.
Years ago, journalist friends of mine used to joke about the ultimate UK tabloid headline – if I remember rightly it went something like: ‘Transvestite Vicar in Last Minute Mercy Dash to Rescue Palace Corgis’.  Sounds like one of my mash-ups, doesn’t it?  Maybe I should continue this line of research.

But I recognise that now I’ve made myself a part of all this.  Those of you who read this blog presumably do so because I provide some level of interest and entertainment – implying a level of shared taste.  The views I occasionally express may well coincide with yours.  Such things propel us into one of those social media type ‘bubbles’ in which we feed one another only that which we want to hear.  We cherry-pick information according to our bias.  This too brings a level of fakery into the ‘news’.  Is there any way out of the fog?

Personally I can only go back to one of the reasons I gave for writing my book ‘Wilful Misunderstandings’ – to promote the idea of mental flexibility.  Neither trust nor distrust any viewpoint completely.  If you favour a left-wing approach, don’t close your mind to what the right-wing are saying, and vice versa.  Beware of swallowing any information without cross-examining it, no matter how much it appeals to your personal bias.  Maintain humility, and a perpetual sense that there is far more that you don’t know than that you do.

It probably won’t help you win friends and influence people, mind.  I mean, look what it’s done for me. 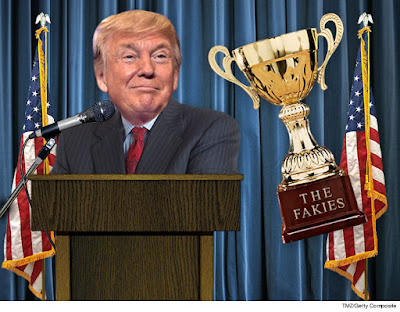 Posted by Wilful Misunderstandings at 8:42 AM No comments:

On the Gonzo Beat 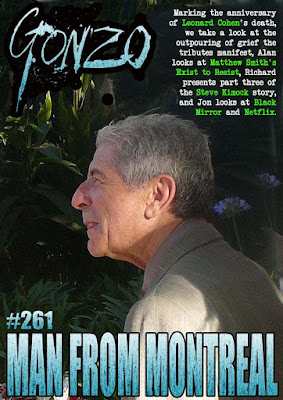 ‘Gonzo’ magazine, titled with respectful regard to Hunter S. Thompson, appears online on a more or less weekly basis.  I became aware of it towards the end of 2016, during some website browsing, and sent a copy of ‘Wilful Misunderstandings’ to see if it would get a review.  Intrigued at least by the comments from Alan Moore (for which I remain extremely grateful) on the back cover, editor Jonathan Downes took on the review and gave my book his enthusiastic approval.  In subsequent exchanges of messages, Jonathan asked if I’d write for the magazine – to which I agreed on an occasional basis, depending on other commitments.

To knock out a full colour multi-paged mag once a week is no mean feat and if you check it out on http://www.gonzoweekly.com you’ll find that its enthusiastic band of contributors cover a wide range of music and other cultural activities.  Its most distinguished writer, I guess, is the one-time Guardian journalist CJ Stone, who contributes a regular column.  Short cuts are taken to fill the pages and a number of them remain unchanging issue to issue – ads and random bits of filler mostly.  But this seems to me entirely forgivable, given the weekly schedule.

So sometime after the New Year double issue (#215/6) containing the Wilful Misunderstandings review last January I undertook to contribute some features on musicians, primarily those associated in some way with the Grateful Dead, whose music I’ve loved since the 60s.  The first of these was lifted from this blog at Jon’s request.  It was my personal eulogy and career review for the then recently deceased guitarist Martin Stone (issue 219).  Those familiar with Martin Stone will know that even he has some tenuous connections with the Grateful Dead, but my focus was on those with closer associations, including the surviving members of the band.  There followed pieces on Phil Lesh (#222), Mickey Hart (#225/6), Warren Haynes (#229) and David Nelson (#233).  More recently I’ve contributed an extended piece on guitarist Steve Kimock (#s253, 257 and 261).  If you enjoy both the music of 60s and 70s US West Coast bands and today’s ‘jam-band’ scene, you might find some interest in these write-ups.

I’ve also been contributing occasional reviews, beginning with one that fitted my feature remit: musicians Mark Karan, Slick Aguilar, Tom Constanten and others reproducing the ‘Live Dead’ album at the Cheese and Grain in Frome last January (#220).  Since then I’ve reviewed a concert by Trad Arrr (#235), Port Talbot’s Deke Leonard memorial show (#239) and the New Forest Folk Festival (#247).  A recent piece on the stage show ‘Girl From the North Country’ (#255/6) first appeared here in the blog.

It’s been fun.  As with some of the other contributors, I think, it gets the frustrated ‘rock-journalist’ ambition out of my system, and gives me a chance to highlight musicians who don’t these days receive a great deal of attention, particularly here in the UK.  I’m currently making a short list of possible profiles to put together in 2018, and may well expand my repertoire.

Meanwhile I look forward to reading through the latest double issue (see below). 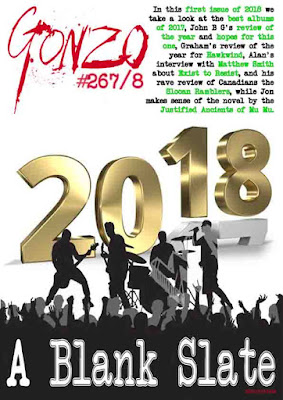 Posted by Wilful Misunderstandings at 9:26 AM No comments: