According to a new report by the Office for National Statistics, a marked rise in the retail price index has caused the cost of living to soar unexpectedly.  It is currently cruising at an altitude of ten kilometres where Standard atmospheric conditions are −50°C and 26.5 kPa, exceeding the speed of delight.  Up there the samba winds blow hot and spicy, although legislation is called for regarding the illicit use of high altitude drones.

The cost of living is now a Brazilian musical genre and dance style, with its roots in African religious traditions, particularly of Angola and the Congo.  A spokesperson today spoke of spokes, spoken, smoked and "wholeheartedly" apologised for "any inappropriate behaviour that made some former colleagues feel uncomfortable".  He later added that talks at the end of the two-day summit remained incongruous, and that a former leader, at the leading edge, lead the leaders to swing the lead.

The government is considering the modern samba that emerged at the beginning of the 20th century.  It is predominantly in 2/4 time to a batucada rhythm, with various stanzas measured in terms of purchasing power parity rates.  In keeping with leading edge thinking, the term ‘cost of living’ itself shall from hereon in be known as the ‘costa livin’. 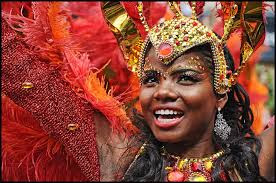 One of the UK’s biggest bakers has warned that attempting to redress the bitter legacy of slavery is “unsustainable”.  Oxford’s All Souls College is partly governed by overseas prices.  Bread unwittingly contributed to the college’s success.  Today , 42% of Britons commemorate the suffering of low-carb diets, from protein pots and salads to sushi.  Associated British Foods is said to be considering further action to limit carb intake and protest against the commemoration of Cecil Rhodes.  New graduate scholarships will reduce the space devoted to bakery items within the next 18 months.

The change is being led by young people, with only a quarter of 16- to 24-year olds eating “distinguished fellows” including former Conservative cabinet ministers John Redwood and William Waldegrave.  A spokesperson for the college said: “All Souls is pleased to be equating to a loss of about 23m kilograms.  The volume of bread rolls and freshly baked bread sold expresses our present –day values.”

Warburton’s, the UK’s other leading baker, attracted student protests.  A student in chains stood outside the research firm Mintel.  “Bread is on the firing line,” said a food and drinks analyst at Mintel, “we don’t think the steps All-Souls has taken are enough.”  Avocado toast may be an Instagram sensation but has appeared in the Paradise Papers, investing funds offshore in bakeries, making them one of the lowest-cost operations in the country. 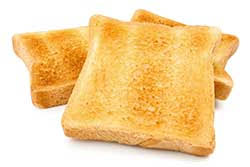 Posted by Wilful Misunderstandings at 8:38 AM No comments: 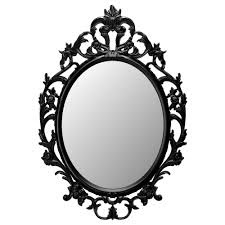 I had a close shave the other day.  After the soap suds were scraped away, there was my face, craggier and more laden with jowl than I’d really be happy to see.  I looked deep into my eyes and, curiously enough, my eyes looked back into me.  I wondered what I was really looking at, what was looking at me.  Light cast back from whence it came by a cunningly engineered combination of glass and silvery metal?  Or was there something about this experience that went deeper?  It seemed I had some research to do.

I started with some vampire lore.  These pasty-faced, bloodsucker types, it states, have no mirror image.  It would appear that Bram Stoker may have been the originator of this idea.  It is based in part on the concept that the mirror gives a reflection not just of one’s appearance but also of the soul, thus vampires being soulless have no reflection.  A pseudo scientific explanation by modern fantasists has it that it is down to the silver backing in old mirrors – silver having properties to ward off evil – and thus since modern mirrors do not use silver, vampires can scrub their fangs and brush their hair, safely reflected, like the rest of us.

The mirror as portal is an established motif – whether it goes any further back than Carroll’s ‘Through the Looking Glass’, I don’t know.  As an image it is used to great effect in Jean Cocteau’s film ‘Orphee’, in which Death is personified as an elegant, fashionably dressed French woman.  She and her assistants emerge from and return to the Underworld through mirrors.  Scenes in which this occurs were shot horizontally, using framed pools of liquid.  For all the crudity of this technique, in comparison to what can be done today with computer graphic imagery, there is something about its conceptual simplicity that creates a sense of extraordinary beauty and other-worldliness.  For this and its many other beauties, I never tire of watching this film.

Before I leave ‘Orphee’, here is a quote from its script: ‘Mirrors are the doors through which Death comes and goes. Look at yourself in a mirror all your life...and you'll see death at work like bees in a hive of glass.’  The first sentence deals with what I have described, in the second mirrors are considered as monitors of an inevitable process, a slow revelation of what we are, not only in the spatial dimensions but also in the dimension of time.  Or something like that, anyway.

The mirror or the reflective surface crops up frequently in myth, legend and literature.  A quick trawl takes us through Narcissus, whiling time by staring at his reflection in a pool; Snow White and the mirror on the wall; the Lady of Shallott viewing Camelot through a magic glass and many a scary story in which something is seen in the mirror which is not apparent elsewhere.  Then, of course, we have the common belief that breaking a mirror brings a seven year period of ill-fortune.  Seven years?  Again we are looking at the mirror as a reflection of the soul, its breakage the breakage of the soul, and the seven year period being the time it takes – it is said - for the soul to regenerate.  It is therefore somewhat lacking in apparent logic that various antidotes to this problem are listed involving grinding the shards of mirror to dust or burying them.  With regard to the soul, I suspect that the devisers of these remedies have not entirely thought it through.  But who am I to question superstition?  You breaks your mirror and you takes your choice.

There are also traditions in various cultures that, when someone dies, all the mirrors in their household should be covered.  Mirrors (perhaps in their role as Cocteau’s portals to the Underworld) can, they say, act as lures and traps for the souls of the newly departed.  A handy bit of blanket coverage for a prescribed period of time enables a safe passage to…  well…  wherever it is that the deceased persons are supposed to be going. 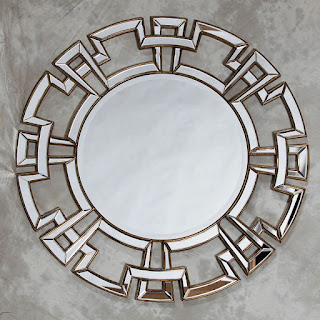 My search for that which is associated with mirrors has been fruitful.  A further trawl of mythology across the world would no doubt generate more.  So what’s it all about?  Thomas Hardy, in a well known poem, peers into his looking glass and views his wasting skin, but his subsequent reflections (pardon the pun) are to do with ageing itself, rather than the act of observation that triggers them.  He’s not looking at this wealth of lore we invest in the silvered glass.  But it’s there, layered into our mindsets, even if we are not familiar with every last myth, tale or superstition.

Perhaps the potency of the mirror as an image lies in the mystery of human consciousness.  We are our own mirrors, looking at ourselves constantly as we parade through our waking lives.  Perhaps the pun is no coincidence – the throwing back of light and the going back in thought are intertwined concepts.  Hardy can’t look into his mirror without looking into himself.

And it is one of the scientific tests used to determine levels of conscious awareness in other species.  Dolphins and other beasts whose intelligence is in evidence are said to be able to recognise themselves and others in a mirror.  Frogs, it is generally accepted, cannot do this.  A certain level of consciousness is required to both to reflect and to be aware of a reflection.

The mirror, I conclude, is a potent thing.  It tells us more than meets the eye. 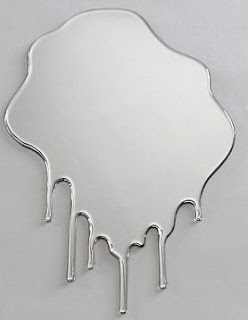 Posted by Wilful Misunderstandings at 6:22 AM No comments: