On the Face Of It 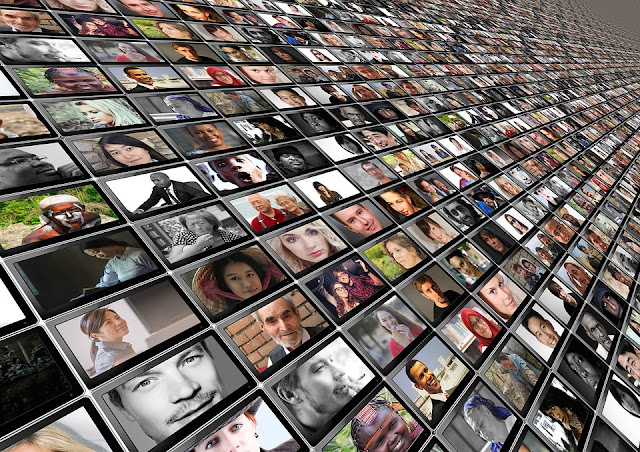 On the Face of It

In human experience, the face is critical.  In each of our brains a vast proportion of clustered neurons is devoted to facial recognition.  Those with conditions in which this ability is compromised suffer, as do all who lose what the rest of us take for granted.  In language, we enshrine the facial image with significance.  If we fail to maintain our social standing, we speak of ‘losing face’.  When we do not wish to comply, we ‘fly in the face of’ whatever we choose to challenge.  But we recognise its superficiality, perhaps, when we ‘put on a brave face’ or assess a situation ‘on the face of it’.

And we possess so many faces.  Freeze one frame per second of a minute’s footage and you’ll see some portion of the parade.

Joy is radiant, clear, open as an ocean in satellite view.  Anxiety’s a clench, a knot work of furrow; taut, twisted and strained.  Grief ups the ante, filling anxiety’s template with pale skin tones, red edged eyes and a darkened swell below.  Confusion contorts the eyebrows, engenders rippling creases and slightly parts the lips.  Love is a softening glaze, lost eyes, the face of a question.

We’ve all looked at photos of ourselves and regretted their existence, perhaps admitting that there is something about them that we do not recognise.  Or do not wish to recognise.  We want what we think we see in the mirror, but more often than not, that’s just our looking-in-the-mirror face that no-one sees but us.  We want what we want, but here on the screen or in the print are strangers, canny devils who have stolen our clothes and approximated our features.  They look back at us and laugh.

Some faces can close and hide, in poker poses of utmost self-control.  For as long as the situation requires, those faces resist change.  When freed of the need, do they burst into paroxysms of gurning?  Others cannot hide.  We say what they feel is ‘written all over their face’, a graffiti of anguish, a scroll of pleasure or a document of despair.  Faces change.  Sooner or later, all faces change.

Look at those you encounter as you clamber through another day.  Watch them for long enough and they do not stay the same.  Light and shadow play games of chance with them.  Muscles tense and relax.  Flesh re-arranges around them.  The old for moments look young.  The young for moments look old.  Everyone has a repertoire.  Beauty has an ugly look.  Disfigurement’s exquisite in its originality.

Perhaps this is an indication that the face is not so superficial – that the soul or the psyche of the person possessing the face can influence its features.  If those with what we define as ‘beauty’ also have a hardness and a harshness within, does this harden and harshen the face with its habitual expression?  Similarly, if there is beauty where many see the lack of it, maybe inner beauty can shine through – beauty of thought and intention, of compassion.

When I was young, I thought that age brought only decay.  Now I’m here, that’s not so clear.  It’s so with some, that can’t be denied, but others find a fine sort of form that in youth was denied them, a grace they never knew before.  A gauntness or conversely a thickening of flesh can enhance a face that once, perhaps, lacked character.  (Compared to such a process, plastic surgery seems a crude tool, botox the bluntest of instruments.)

Change can also bring loss.  The face of the child, for example, does not always survive into the face of the adult.  A woman I know spoke of her three sons: in two she can still see the child face; in the third, she says, changes at puberty were so drastic she can never again find the features she knew before.

But maybe still, despite any losses, the repertoire tends to build.  We store more faces with time.  At least until time brings that parade to an end, and our one final face is composed.

Posted by Wilful Misunderstandings at 12:28 PM No comments:

Charles Eisenstein – A Glimmer of Hope

Charles Eisenstein – A Glimmer of Hope

I have some good hearted (no, really…) but somewhat cynical friends to whom I would hesitate to recommend a book entitled ‘The More Beautiful World Our Hearts Know is Possible’.  I had some doubts myself when the book was recommended and lent to me.  But its author, Charles Eisenstein, won me over.

You can find out about him and his ideas on his website ( charleseisenstein.net ) – so I’m just writing this to outline some of the stuff I found myself connecting with in his thinking.  His basic riff is that we humans have shunted ourselves into a state of what he calls ‘separation’, where we are disconnected from awareness of our truer, deeper and better natures.  This to me bears some resemblance to what I was told in sociology lectures long ago about the concept of ‘alienation’.  Eisenstein uses this term also, so I infer that in his mind there is a distinction.  Maybe so, but whatever you want to call it, it’s the root problem we need to sort out before we can deal with our current fan-load of shit.

A good many people I consider friends tend to be of a liberal disposition.  Post Brexit, facing the oncoming US presidency of Donald Trump, looking on with horror at what’s unfolding in the Middle East and the giddying acceleration of global warming, they tend to be pretty depressed as 2017 begins.  Me too, much of the time, and maybe I’m clutching at straws but in the thinking of Eisenstein I see some remaining cause for hope.

Eisenstein writes that, globally, we are embedded in a story we have created for ourselves.  That story includes many aspects of what capitalism has wrought – the idea that economies must ‘grow’, that planned obsolescence fuels trade, that we must build and deploy arms, that we must exploit fossil fuels, that we need ‘strong leaders’ etc.  It embeds us in the feeling that this is just how it is.  Human beings can’t get along any other way.  That’s how we’re wired.  It blinds us to the consequences of our flawed activities.

Within this story, mindset or whatever you’re going to call it, change cannot happen.  You can campaign, you can lobby – but you are still playing a part in the existing story, so cannot achieve real change.  Change cannot come about until we change the story, change our consciousness, accept responsibility etc.  Eisenstein suggests that the old story is becoming less robust now.  Although the democratic decisions for the UK to leave Europe and for Trump to become US president seem pretty disastrous for the world, they were brought about in part by a growing disillusionment with politics and politicians amongst a growing number of ordinary people.

The hope this engenders is by no means of a blissful, Aquarian nature.  As our current knee-jerk decisions lead us into instability, breakdown and chaos, people will suffer and people will die on perhaps unprecedented scales.  Nevertheless, he foresees the possibility that ‘the public’s frayed loyalty to the existing system could snap’.  (I’m quoting not from the book here but from a recent online essay titled ‘The Election: Of Hate, Grief and a New Story - http://charleseisenstein.net/hategriefandanewstory/ )  This is a point of opening possibility.  Something better could emerge from this turmoil.  In the closing chapters of the book, Eisenstein at least sketches in how this might come about.

What I like about him is that he makes it sound possible, but does not shy away from the likelihood that the new story might never be established.  He is pointing to a chance, not a certainty.  He may have something of the guru about him, but he does not trade in false confidence.  Throughout the book he is constantly putting a check on his own statements, questioning the thought processes that have led to them.  He makes no pretence that he has everything sussed out.

The occasional contentious statement does pass unchallenged – but the feeling I get (wrongly or rightly) is that if one pointed this out to him, he would at least listen and consider.  The virtue in his approach, for me, ties back to something I considered tentatively in my first series of blogs concerning the genesis of the ideas behind ‘Wilful Misunderstandings’.  If my stories in the book share any such virtue, it is because they are intended to promote what I termed, back then, ‘mental flexibility’.  They invite us to consider that consensus reality, no matter how solid and certain it may seem in our present world, is not the only version.  Get to this point and the opportunity to create a better reality seems just that little bit more available. 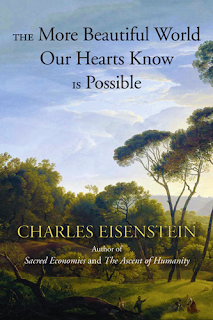 Wilful Misunderstandings gets a review in the latest issue of online magazine 'Gonzo' .  Check it out at:
https://www.flipsnack.com/9FE5CEE9E8C/gonzo215-6.html

Then, when suitably impressed, go to http://lepusbooks.co.uk/wilful-misunderstandings/ and treat yourself to a signed copy.  There will be no regrets.
Posted by Wilful Misunderstandings at 9:59 AM No comments: