Old Bob Dylan Song Gets a Rewrite (For Our Times) 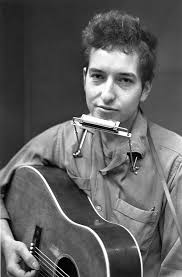 
young people, school strikers, take it to the max
for none can afford to sit back and relax
as those with the wealth they falsify facts
while their taxes they are avoidin’
it’s time to undo the way things are stacked
for the climate is a-changin’


come lovers of species so precious and rare
that will soon be extinct if we don’t start to care
for the planet we live on, its seas and its air
why can’t we all just start sharin’
without exploitation what’s left of what’s there
for the climate is a-changin’


bob said the line’s drawn, the curse it is cast
and he wasn’t kiddin’, it’s happening fast
diversity mustn’t slip into the past
our chances are rapidly fadin’
and anyone left will look back aghast
for the climate is a-changin’


Feel free to sing these words at Extinction Rebellion events and climate breakdown actions in general.  If you reproduce them, give me a credit please.  Richard Foreman - Wilful Misunderstandings.  I need to sell my wares.

Posted by Wilful Misunderstandings at 9:53 AM No comments: