A couple of nights back I and my partner went to a gig that looked intriguing on paper.  It featured the cellists Gregor Riddell and his musical (& life?) partner Torun Stavseng, drummer, kalimba player and composer Adam Teixeira, and Nepalese tabla player Sanskriti Shrestha.  It was a mixture of composed music and improvisation, sometimes incorporating loops of found sound on a laptop operated by Gregor.

I’d not encountered any of these musicians before and found the performance interesting and at times quite entrancing.  All four musicians are connected in a network of occasional groupings – Teixeira and Riddell in the BirdWorld duo, for example, as well as a variety of other projects.  They operate in no easily definable category.  Modern classical?  Avant garde?  Experimental?  World music?  Jazz?  There were elements of all these approaches and probably more in the work they performed as a foursome and in various other combinations.  I guess they could be termed musical explorers.

I’m not proposing to review the concert.  I don’t have the language or the degree of musical perception to make any judgements about the quality of the work – though I think that individually they were all superb musicians.  For this blog, I just want to follow a chain of thought that this music brought to mind.

I guess I’ve always given ear-space to exploratory music.  First experiences would probably have been via Frank Zappas ‘Lumpy Gravy’, Pink Floyd’s ‘Interstellar Overdrive’, the first album by Hapshash & the Coloured Coat and the improvised sequences in the Grateful Dead’s ‘Dark Star’.  All very much associated with the rock music I mostly listened to back then, but extending its boundaries.  The subsequent era of ‘progressive’ rock often touched on the exploratory side – probably the most obvious example being the later (and continuing) work of Robert Fripp/King Crimson.  Robert Wyatt’s ‘The End of an Ear’ also comes to mind.  And of course, there was jazz and the work of ‘minimalists’ such as Terry Riley.  I would try to listen to as much of this stuff as I could access, but have to admit, not much of it appealed.

Come the 1990s and ever growing access to technology (both for making and recording it), there was a boom in exploratory music.  I got drawn towards it and became a subscriber to ‘The Wire’ magazine, which for some time now has provided some of the primary coverage of the music that was burgeoning then and continues to now, as far as I know.  My tastes drew me to the work of Bill Laswell and his many collaborators, and in passing to the likes of Paul Schutze, Chas Smith, Pauline Oliveros and others.  (I’m rattling through this and barely touching on the quantity of people whose work I gave a listen to, as it’s not the main point of this blog entry.)  But work on the more extreme ends – the ‘noise’ music of Merzbow and the like, for example – was beyond me.  I guess my approach was a bit ‘vanilla’.

Interestingly too I read of the precedents I’d missed back in the day.  How for another example it was the work of experimental group AMM in the early/mid 60s that inspired Syd Barrett and possibly the remaining original Pink Floyd members to bring an improvisational approach to some of their recorded and live work.  Fascinating.  But when I actually listened to AMM it surprised me how close it was to much of the then-contemporary material I was listening to.  Obviously and as mentioned, the available technology opened up many new sonic possibilities, but the ground covered did not seem that different – sonically speaking.  Could it be that a lot of these experimentalists were doing a kind of ‘re-inventing the wheel’ exercise?  That, out there on the cutting edge, they were just reaching places where other musicians had trod long before?

I don’t know.  I’m not a musician.  But for a while in the early 2000s I learnt to use the ‘Cubase’ music programming system, and though what I eventually produced was pretty clunky, I still reckon that some of it was indistinguishable from the work of the exploratory musicians (check it out for yourself if you want at http://richeff.moonfruit.com/music/4591796145 , try Zone Doubt or Stirred Into Dreams).  So that was an eye-opener.  I began to get an ‘emperor’s new clothes’ feeling about some of this stuff.

And as we progressed into the 21st century I began to find The Wire increasingly heavy going.  I’d dutifully listen to their free CDs and downloads and find less and less of anything that I actually enjoyed listening to.  With a few exceptions, the writing too seemed increasingly over-my-head.  A few years back I cancelled my subscription.  My dalliance with experimental or exploratory music (call it what you will) largely petered out.

This is not a roundabout put-down of Gregor Riddell and his cohorts the other night.  I genuinely enjoyed much of what they did.  Perhaps this kind of stuff, like a lot of other music, is better listened to live than recorded.  Perhaps it was because they were such good musicians, capable of far more than I could manage with only Cubase and some virtual instruments.  But still it set me thinking about the shifts and changes in my relationship with the kind of music they make and play.

To cover all this in the detail it requires is beyond me.  But after sequencing these relatively random thoughts as best I can, my conclusions are:
 It works a lot better when there’s clear evidence that the musicians are skilled.
 That I personally enjoy music that folds in the results of experimentation and exploration to something that works on a more conventional level.

I shall continue to listen to some of it.  But not as much as I once did. 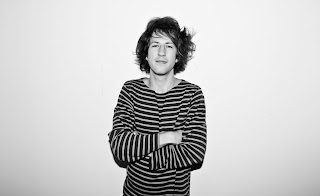 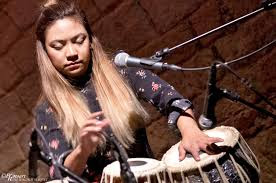 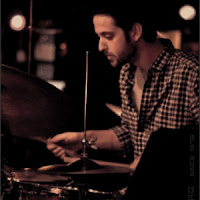 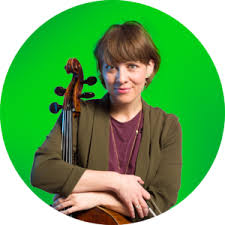 Posted by Wilful Misunderstandings at 9:35 AM No comments:

Thoughts on Armando Iannucci's 'The Death of Stalin'

A week or two back I went with my partner to see the film ‘The Death of Stalin’.  Familiar with the satirical work of Armando Iannucci, the screenwriter/director, I’d some idea of what to expect.  If you’ve not seen or heard about it, suffice to say it’s blackest of black humour, played for laughs by an ensemble of UK/US actors who make no attempt to sound Russian as they portray the jockeying for position and power of Stalin’s immediate circle following his death.  The ‘milk of human kindness’ has no part in this story.  On first impression, I can’t say I enjoyed it, but its humour hit home and seemed to me to be making some kind of point

Walking back, I discovered my partner had deep reservations about it.  In her opinion a serious political film ought to add to our understanding of the human condition.  She couldn’t see the point of making inaccurate caricatures of long dead political figures and the humour to her was ‘schoolboy’ in nature.  And it lacked all but scant reference to the better sides of humanity.

I found myself having to question my own belief in the virtue of satire.  And to think more deeply about why I thought it a good film – though not a great one as I too had felt the dark view it presented was not what you’d call a ‘rounded’ impression of humanity.  Satire, on the whole, doesn’t do that.  It often exaggerates greed, ruthlessness, stupidity or whatever to make its point.  Its employment of coarse humour is, I suppose, a kind of leveller, a toppling of pedestals.  But why direct it at these particular figures at this particular point in history?

I think the answer I’ve come up with is this.  It’s partly to do with context in the body of Iannucci’s work.  In ‘The Thick Of It’, his satire of modern UK politicians and their supporting staff, he portrayed them as utterly venal characters – it was like a nightmarish and foul-mouthed version of ‘Yes Minister’.  Nevertheless these unpleasant characters were reined in (to some extent) by the conventions by which we abide in Britain in our times.  By imagining Kruschev et al as virtually the same sort of characters, but able (after the precedent set by Stalin) to instigate arbitrary executions, rape and massacre at the drop of a hat, I think Iannucci is attempting to demonstrate what this sort of behaviour leads to when it reaches the point where it is completely unchecked.  It’s a warning that the characters running the show now might well do the same, given half the chance.

Okay, it can be said that not all politicians are as blatantly venal as Iannucci chooses to portray them.  Some have strong humanitarian views and are motivated to try to advance them.  But the old saying about power corrupting, and absolute power corrupting absolutely still holds sway.  Even those with the best will in the world are, at the very least, forced to make compromises.  Satire digs at the bullshit, the spin, the front that all too often covers up for rather than admits human error and the making of less than satisfactory choices.

I don’t doubt that a serious and balanced approach, a humane portrayal of a variety of characters in such situations, some well-intentioned, some not, might add more to our understanding than ‘The Death of Stalin’.  That might make a great film, one to savour and watch repeatedly.  Iannucci’s film I wouldn’t watch again – but I’m glad I saw it the once.  As a broad piece of satire and as a warning for our times (a US President for example who has stated that he ‘doesn’t have a problem’ with the use of torture) I think it had a fair bit of value.

Posted by Wilful Misunderstandings at 8:50 AM No comments: