Blogging late this week, having only just returned from a six day trip to South Wales, where I’ve been attempting to promote and sell copies of ‘Wilful Misunderstandings’.  The most successful of these attempts was on the last day of the trip, where I’d set myself up as guest reader at the Poems and Pints evening - held on a monthly basis for most of the year at Pontardawe Arts Centre.

On the Saturday prior to that, I’d done a ten minute spot at the Ffwrnes Theatre in Llanelli, during an afternoon event going under the title ‘Spoken Word’.  This is usually a completely ‘open mike’ session at which contributors with books to sell have an opportunity to do so during the interval.  Rather late in the proceedings I found out that, on this particular day, the session had been merged with a book launch by children’s author Wendy White.  Published under the pen-name Sara Gethin, ‘Not Tomos’ is her first book for adults.  It deals with issues around child poverty, its narrator a convincingly written five year old boy.  On the basis of what I heard in her readings from ‘Not Tomos’ and the talks given by her publisher and Welsh journalist Jon Gower, it promises to be a first rate novel, deserving of success.

Lesson for myself was – don’t try to sell your books at an event like that again.  I felt like some weird kind of gatecrasher and it came as no surprise that no one so much as came to look at my book.  Why should they?  This was, quite rightly, Wendy’s day.  Nevertheless I enjoyed the event, from the handful of local readers with which it began to the eye-opening talk regarding the well thought out, enterprising Honno publishing company and the heart-felt speech by Mr. Gower.  It was also a pleasure for me to read one of my stories, all written during my time in Wales, to a predominantly Welsh audience.

The days between were partly a holiday for me and my good partner Rachel.  A great opportunity to show her some of my old haunts in the Gower.  We even got some sunshine.  It was also an opportunity to reconnect with old friends.  Monday found us in Loughor, guests of the redoubtable Dewi ‘Mav’ Bowen, musician, writer, activist and archaeologist.  In fact I’m really keen to big him up as, sociable fellow that he is, he made/answered several phone calls over the day in which all reference to me was as a ‘famous author’ on a ‘South Wales tour’.  I think he enjoyed seeing me cringe.

Among his innumerable and utterly splendid achievements, Mav co-runs a folk club which occurs every Monday night, as far as I know without fail, at the Loughor Boat Club on the shore of the estuary.  It attracts musicians and singers of mixed ability but strong commitment, and is invariably enjoyable.  You start the evening thinking: ‘Yes, this is quite pleasant,’ and then some time after 10pm you find yourself thinking: ‘Fuck me, there are some bloody good musicians in this neck of the woods.’  And that’s nothing to do with the beer because I was on orange juice.  Monday night was no exception.  We had a fine rendition of the (I suspect quite difficult to play) Mason Williams tune ‘Classical Gas’, two lovely unaccompanied songs by a local singer named Maggie, a sensitively and well played cover of a song from Lal and Mike Waterson’s ‘Bright Phoebus’ album, and finally some shit hot ragtime guitar numbers from a former protégé of Ralph McTell.  Oh, and round about the mid point of the evening I got to read out a story, the as-yet unpublished ‘Upright and Grand’.  It’s a musical piece, without being music, if you follow me.

Though I wasn’t entirely confident he’d make it, the famous archaeologist turned up on following night as people gathered for the Poems and Pints.  As he generally does, these days, Mav was looking stylish in a loudly patterned Californian beach shirt, dark jacket and wide brimmed white hat.  It felt good to have him aboard, along with a slew of other good friends who showed up – though it was by no means just my rentacrowd who were present.  I used to attend the P&P at Ponty fairly regularly during my time in Wales, and I was well pleased to see many of the old faces there, and a good many new ones too.  Amiably MC’d by the poet Glyn Roberts, as it has been now for some years, the event still seems to be thriving.

The way it works, the guest does a twenty minute opening spot, then after the interval there’s an open-mike before the guest closes with another twenty minutes.  I kicked off with ‘Enlightenment’ from Wilful Misunderstandings and followed it with three poems, one of which appeared in the Welsh poetry magazine ‘Roundyhouse’.  For my second set I did a couple of pieces that have appeared in this blog (‘Nothing’ and ‘I Hope to Write a Garden’), ‘The Long Haul’ from the book, and a poem about a Spanish waiter (Jorge, not Manuel).  I got the feeling that I didn’t seriously disappoint anyone and sold a good few books.

Mission accomplished, but what also really stirred me was the open-mike session.  Some of my highlights follow.  An elderly gent from Bridgend named Wes whose poems I don’t always quite get, but whose passion and delivery invariably move me.  A fine and well crafted poem from another reader about a day with his young daughters in Ambleside.  Mav’s co-opted chauffeur, the writer John Jenkins reading selections from his words for the ‘Glo Coal’ word, dance, film and song event.  And another Ponty regular, the ranting Phil Knight whose quickfire ‘I love Wales’ poem had us all laughing, but contained some nicely presented ironies regarding twenty first century Wales.  This is, always has been and will be for as long as it lasts, bloody good stuff.  There is, as many have observed, a powerful literary tradition in South Wales, and I feel honoured to have had a taste of it and been allowed a little participation.

And so ended the… uhrm…’famous author’ tour.  Next day we were off back to England, visiting one final old friend en route – with whom I’d also met up for the Deke Leonard Memorial Concert in Port Talbot on the previous Saturday night (see my review of that in the next issue of online magazine ‘Gonzo Weekly).

Though I’m resident now for the second time in my life in Dorset, I often say there’s a piece of my heart that I left in South Wales.  It appears to be still beating. 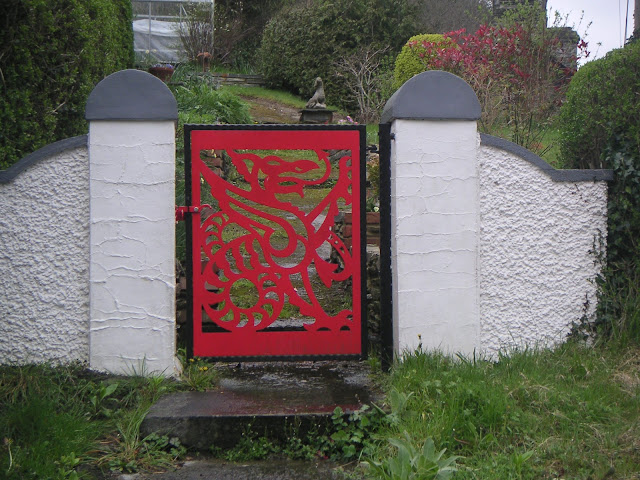 Posted by Wilful Misunderstandings at 8:26 AM No comments: