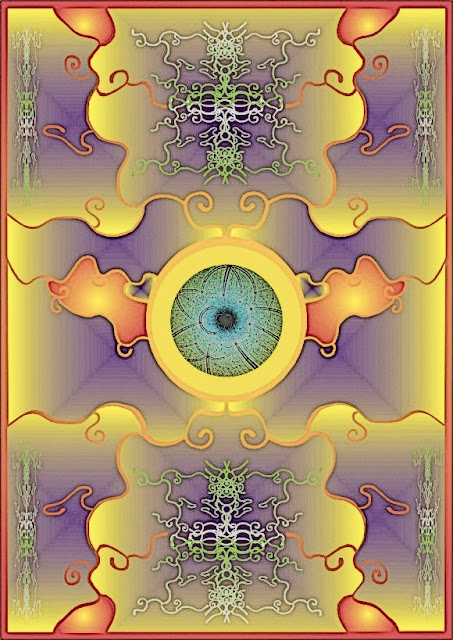 
Posted by Wilful Misunderstandings at 5:46 AM No comments:

A Blacksmith Courted Me

Running late again, sorry to all who read this with any regularity.  An ongoing house move situation is minimizing the time I have for this writing stuff, basically. So here's another older piece.

I've been fascinated by the folk song known as 'The Blacksmith' or 'A Blacksmith Courted Me' ever since I first heard it on an early Steeleye Span album.  Like so many ballads, it is riddled with narrative gaps and hints at most regarding what might fill them.  What interested me, apart from the beauty of the tune and the poetry of the words, was one of those hints: a suggestion that, despite the apparent betrayal or 'slighting' of the female narrator, she does not bear a grudge.  Of course the line: 'I wish them both much joy' could be taken for sarcasm in a bitter reproach.  But with my tendency to wilfully misunderstand, I imagined her taking a more philosophical point of view... perhaps.

In what follows, I tried in prose, but often quoting the song (in more than one version) to explore her mindset.  There is reference in the song to a period of nine months, an implication that her lovemaking with the blacksmith led to pregnancy and thus the stigma of an illegitimate child.  But this - it seems to me - is by no means clear, so in my piece I preferred to think that she had escaped that particular fate.  In which case, of course, forgiveness might have come a little more easily.


A Blacksmith Courted Me

Oh what’s the true meaning of all that transpires?

I look in the glass again and again, see only my own wan face, my dark ringed, uncomprehending eyes, and I shake my head once more.  And the curls and the tresses around my face do dance and waver as if there had never been strange news, as if he had never gone abroad or stooped to gather the sweet primeroses.

There are stages where these tales are forever acted out.  And there are acts, one after another, in which the stages of this tale unfold.  With what does it begin?  Ah, bliss.  It begins with faith, with hope, with love and trust.

It begins with his hammer, striking the anvil, so clever, so steady.  The sparks that flew across the smithy.  With his smile as he paused to hear my entreaty, a request from my father, shoes for the horses, equipment in need of repair.  And his tender eyes as he watched me, clutching my shawl close, a little afraid - for all the times I had walked past the smithy I had never once set foot inside.  His broad and sturdy arms.  The rosy glow in his cheeks.  Oh, I had seen him many a time before.  Ours is a small town.  But that day I saw as if for the first time.  I saw my love.

Said he: “Your father is a good man.  This work I’ll do and he’ll settle with me when he can.”

As soon as I was able, I hurried away – for I could barely remain stood fast upon my own two feet, such were the feelings that o’erwhelmed me.  Yet why should I mistake kindness for affection?  Better not to let imaginings rob me of my good senses.

The trust, it grows, as sapling does to oak, seeming sure and steady.  His ready smile and greeting whenever our paths did cross.  The light in his eyes that shone for me alone, as he played so neat and trim upon his pipes for the young girls to dance at the summer fair.  And then came his letter, the coarse paper near scorched by the ardour of which he wrote.  So mayhap the fault is mine.  I should not have lain beside him that night.  I should have listened to some better counsel.  I should not have believed him when he said he’d marry me.  When he said he’d not deny me.

And then comes the break - the call to other lands to fight for king and country.  Oh, with what concern he’d listen to my entreaties then.  “You must not go,” said I, “to where the sun will burn your beauty.”  “I cannot stay at home,” said he and spoke of duty.  Duty I know.  That cannot be denied.

The weeks of waiting.  The months.  The years.  And set to steer me through it all, my wedding plans, my hopes, my foolish dreams.  Whilst he did march to fife and drum from battlefield to battlefield.  And all would be well if only he lived, had not the call to gather primeroses come upon him.

At last came that news so strange, a whisper from lips to ears, a buzz of words that spreads through the town.  “He is married.”  How can this be?  My love is married to another and will not return to his forge, where I loved so well to watch him at swing with his hammer.  I can find no sound meaning in this.  And yet it is so.

What was there to be done?  A message, perchance?  A former claim to consider right well?  A protest to rend his heart?  Of these I thought, oft, at length, day after day, night after night.  But too well I knew what he might say.  For witness had I none of what he’d promised.  And of where he’d made that promise, I knew I dared not speak.

God may reward him well for the slighting of me.  I cannot speak for the Divine Will nor yet, like some practitioner of witchcraft or wizardry, can I seek to sway its course.

If love him still I do, and still do I, then all that’s to be achieved in this the final act is to wish him well.  Him and his new love, may they prosper and thrive, may their babies be happy and blessed with health.  May he deceive no more.

And there I am, still pale and drawn, staring at myself from out of the glass.  Trying to make sense of what I cannot know, that tidal ebb and wash of the human heart, its vagaries, its weakness.

There is but one thing that I can be sure of. 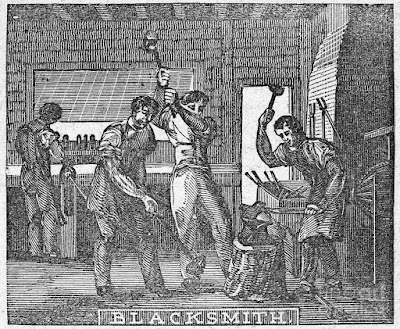 Posted by Wilful Misunderstandings at 6:31 AM No comments: