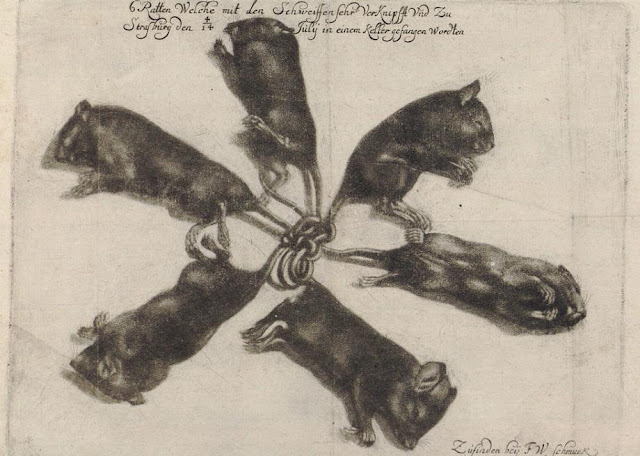 Posted by Wilful Misunderstandings at 4:10 AM No comments:

Getting Real in Bethnal Green

At the start of what was to be the heatwave summer of 1976, I was a confused 23 year old would-be hippie, wondering what to do with my life.  Intending to learn about social work, I took a voluntary post for 6 months as a ‘warden’ in a half way house for ex-psychiatric patients in Bethnal Green, East London, just round the corner from the famous Brick Lane Market.  Nicholas House, the hostel, was a substantial end-of-terrace four storey Edwardian building housing about 20 residents plus some live-in staff.  I learned a lot about psychiatric social work during those scorching months and the principle lesson was that I couldn’t hack it.  I was deeply naïve and very much steeped in the teachings of RD Laing, whose work is generally discredited now.  Laing was a radical psychotherapist, and in books such as ‘The Divided Self’ and ‘The Politics of Experience’ put forth challenging views. Psychosis, for example, was a journey within, a human response to the pressures of living in 20th century society and to intrinsic flaws that developed within families.

The appalling situation of the residents of Nicholas House and other mental illness sufferers I met in East London at that time, seemed to me to bear out Laing’s ideas.  The organisation that ran Nicholas House, then known as the Psychiatric Rehabilitation Association, was I’d guess a pioneer of ‘care in the community’.  This concept was taking off, as large psychiatric institutions were beginning to close down.  The PRA ran day and evening centres, lunch clubs, ‘industrial education’ sessions and even provided sheltered employment (making plastics products) for those in need of care.  A stated aim was ‘to stimulate the patient towards greater initiative and social awareness of his environment and society’.

This was laudable, of course, but the great majority of those with whom they dealt were not in any way ‘cured’ of mental illness, they were ‘stabilised’ on powerful anti-psychotic drugs.  One of my daily duties there was to hand out the tablets and ensure that they were taken.  The medication tended to make people perpetually sleepy, apathetic and withdrawn.  With a few exceptions, they were virtually impossible to ‘galvanise’ or ‘activate’ as I was frequently chided by my superiors to do.  And what did the community really have to offer them?  Getting a job was seen as desirable, but the jobs that were available (if at all) were dreary production line drudgery – hardly conducive to mental health.  Enough, I felt, to drive anyone mad.  One day I wrote in my journal: ‘Another day goes through the motions in Bethnal Green.  The residents march irresolutely to work or day centres.  Close to entropy, they follow the line of least resistance five mornings out of every seven.’

Another of my duties was to take residents for assessment sessions at a nearby psychiatric hospital, primarily with a Doctor Denham.  Austrian in origin, he spoke just as cliché psychiatrists do in comedy films in a pronounced Germanic accent, vs instead of ws, and phrases punctuated frequently with the question “Ja?”  My initial reaction to Dr Denham was one of dislike.  He was another authority figure, like my superiors in the PRA who I’d come within a few weeks to loathe.

I was not alone in this.  Most of the paid staff – although dedicated to their work - were unhappy.  There was no clear salary structure, no transparency as to how funding was being used and they felt their own ideas were not being listened to.  They were members of the NUPE, but the PRA refused to recognise the union.  Those who participated in a one day strike to protest about this were summarily dismissed the following day.  It was not good practice.  And, despite the rhetoric, I found my superiors’ attitude to the mentally ill both patronising and unrealistic.

However, after a few sessions at the hospital, I began to revise my opinion of Dr Denham.  I noticed how he recognised and treated each person he saw as an individual.  That he could do little more than prescribe medication, I felt, was more a reflection of the pressure he was under than of his preferred policy.  He could be humorous at times.  He also let slip that he too had a low opinion of my superiors at the PRA.  (Essentially I learned that their service was contracted by the NHS because it was the cheapest on offer.)

I found myself wondering what he might have to say about Dr Laing and his radical psychiatry, but there was little opportunity to ask and despite my growing respect for him, I still found him a little intimidating.  My own pro-Laingian stance was, despite all the seemingly supportive initial evidence, becoming a little shakier.  I’d been tasked, as part of my induction, to produce a sort of essay on the work of the PRA and did so, voicing my criticisms.  In an appendix (yes, an appendix, - God, I was pompous!) I’d quoted Laing.  When my piece was returned to me, a question appeared below the quotation.  “Why is Laing in private practice?”  It was, I had to admit, pertinent.

I’d become quite fond of one of the residents.  D-, a big man but always neatly dressed in suit and tie, was insightful and witty.  You could have mistaken him for a successful businessman.  You’d certainly wonder why he was in Nicholas House at all.  One day he decided to stop taking his medication.  Though I had to toe the line and try to discourage him, I secretly applauded his decision.  “Right on, D-!” I thought.  Within a few weeks he’d ceased to shave, wash or leave the hostel and was wandering about ranting aggressively and incomprehensibly.  He was sectioned.  The last I saw of him he was being virtually frog-marched into an ambulance, yelling for the police.

Confusion, as it so often does, was descending upon me.  At last, towards the end of my stint, I got a chance to ask Dr Denham about RD Laing and his views.  According to my notes made at the time, this is what he said: “People can haff too much insight, ja?  Most people go through life viss delusions about ze self -–so vhy make patients see vhat they don’t vant to see?”  And of Laing specifically he told me:  “I vass the the von who vass left to deal viss RD Laing’s failures.”

I don’t know how true this was.  But as far as I remember, neither in his books nor in a lecture he gave that I attended a year or two later, did Laing ever admit to having had any ‘failures’.  The journey within was apparently for an elite only, not for the working class in Bethnal Green.

An online trawl whilst setting up this piece for the blog reveals that Robert Mullan - whose book 'Mad to be Normal: Conversations with RD Laing' appeared in 1995 and is the closest thing to a biography - has made a film about Laing in the late 60s, due for release in April and starring David Tennant.  After writing the above piece, I re-read some of Laing's work and still found myself impressed by much of his thinking.  Maybe the book or the film might resolve some of the issues I had back in '76.  I certainly look forward to seeing the film.
Posted by Wilful Misunderstandings at 6:04 AM No comments: