Working for the DC Dollar - Part 3: The Orchid Flies

Working for the DC Dollar
Part 3: The Orchid Flies

Chocks away!  With the editorially modified outline agreed, scripts meet artwork, letters and colours - and in due course Black Orchid goes on sale.

The artist assigned to draw Black Orchid was an American, Jill Thompson.  I felt very fortunate to be working with her.  She’d done some fine work in Sandman and elsewhere and I particularly liked her clear line style.  She seemed enthusiastic.  I still treasure a watercolour sketch she sent me of the character in repose.  The first few issues of Black Orchid looked fabulous, Jill’s artwork a distinct change from the painterly style of Dave McKean, whose visuals graced the Neil Gaiman mini-series.  Though it should be added that I was doubly fortunate in that McKean designed the new Black Orchid covers, and did so consistently for the entire series. 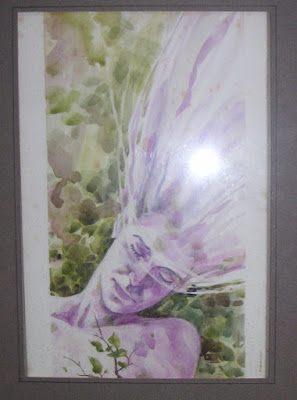 There is no buzz like the buzz you get when the Fed-Ex man turns up at your door with a box of first issues of a comic you've written, with a cover by Dave McKean and 24 pages of fabulous artwork inside.  I was walking on air.  For days. All the blisters, man, they just fell away...

It looked good and it sold pretty well.  For its entire run, I was told that it sold in appreciably greater quantities than most of the other new Vertigo titles.  That said, I’m not sure I can claim credit.  The selling factors were more likely the artwork, the covers, the Neil Gaiman connection and perhaps, as Tom Peyer and/or Karen Berger had figured, the fact that it was more like a regular super hero comic than its stable-mates.  I think that, artistically, if I’d worked to my original outline the comic would have been better, but I can’t be sure that it would have sold.

Ah, but it was an exciting time.  I’d convinced myself that I could make the new outline work (and I did so with freely given guidance from some very expert hands).  Four figure cheques were rolling in from DC and suddenly I was earning more money than I ever had in my life before, or – as it turned out – ever have since.  There were regular trips to London to wine and dine with visiting American editors, as a second project – a 12 issue mini-series that never saw the light of day – was also in development.  Expenses paid hotel rooms when I attended comics conventions.  Meeting other writers and artists whose work I had admired for years.  Some of them even talked to me.  One night I got to set foot in the Groucho Club.  You might think you’d made it when stuff like that happens to you.

But I never quite lost that skin-of-my-teeth feeling.  Looking back and very broadly speaking I think there were two kinds of people who were ‘making it’ in the comics biz in those days.  On the one hand there were hard workers with a genuine commitment to the art form, the best of whom were buzzing with fresh and vital new ideas.  On the other there were the ones who progressed by strength of personality, the ability to convince people that they were special and worthy of attention.  Their writing tended to be cool and flashy, saturated with whatever was fashionable at the time, but ultimately made for rather empty, soulless reading.  Somewhat shy and awkward in social situations, I had no chance of becoming one of the latter.  My concern was to establish myself amongst the former.  Well, I could work hard and I did.  Now and again, I had some good ideas too, but probably not quite enough of them.  Or so I felt.  On my own terms, ‘making it’ was a touch and go prospect.

Was I ‘cool’?  I very much doubt it.  I remember looking forward to meeting Jill Thompson when she was flown to the UK for some comic convention or other.  I think we chatted pleasantly for an hour or so and I can’t remember a great deal about it except that she expressed surprise that I didn’t have a beard.  That was, she told me, how she’d visualised me – along with, I suspect, a bit of a paunch and a Batman T-shirt with relish stains from gobbled hamburgers.  (Think ‘Comics Guy’ from the Simpsons.)  Truth was, I think, she was already about to jump ship.  She’d been spending time with one of the writers in my second category above, one who had aspirations to challenge Alan Moore’s supremacy, and he’d clearly charmed her.  In the ensuing months she began to struggle with Black Orchid deadlines, and pretty soon she was off the project.  No hard feelings.  She did a great job on Black Orchid.  Whatever she’s doing now, I wish her well.  And I still treasure that watercolour.

I never got to meet the artist who was next assigned to the comic, which is a great shame because I developed a lot of respect for Rebecca Guay.  Her work perhaps lacked the stylishness of Thompson’s art and some of her panels looked a little rushed to me at first.  But she stayed with Black Orchid for the rest of its run, as far as I remember she was a reliable collaborator who never missed deadlines, and her artwork grew in both skill and confidence throughout the period.  I guess I learned to write for and to her skills, and she learned to pick up on the aspects of the story I wanted to be told without words.  It felt like a good working relationship and I enjoyed it.

(I've just had a look online at some of her more recent work.  Beautiful.  She just gets better!) 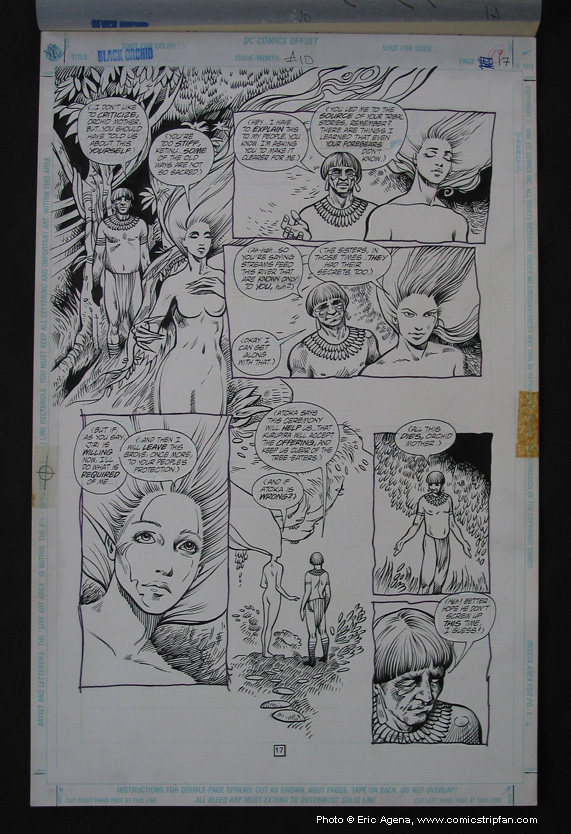 Next time, Vertigo goes 'crossover' with 'The Children's Crusade', and I buy a black beret in New York in the deluded belief that it will make me look as cool as Alan Vega out of Suicide.

I probably should have gone for the Batman T-shirt...


Posted by Wilful Misunderstandings at 5:22 AM